Each QZFM provides an analog output via a 2.5 mm audio port on the back of the electronics module. The analog output can be used to record the magnetometer signal with any data acquisition system. The voltage to magnetic field conversion factor of the analog output is 2.7 V/nT for both channels. 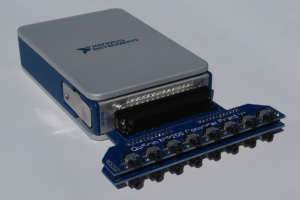 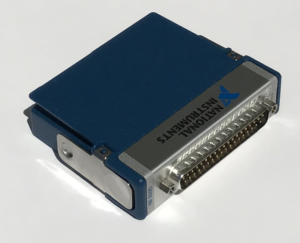 We have developed a User Interface (UI) for the NI DAQ based on LabView that can be used with the QZFM sensors. However, it is not necessary to have the LabView software installed to run the UI. Just download and install the free NI-DAQmax Runtime 16.1 prior to running the executable UI.